Compare India travel insurance quotes for Austria
Austria is one of the 26 European Countries that is located in the Schengen area. An Indian traveler may enter Austria and travel freely within the Schengen Area with a single Schengen visa.
Read more » 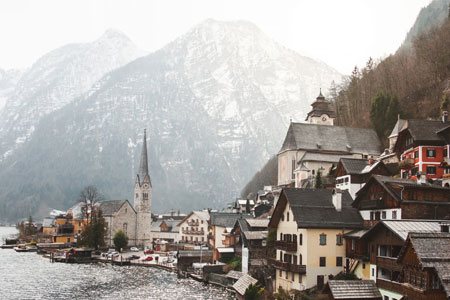 Many Indian Insurance companies provide travel insurance plans which satisfies the visa requirements to Schengen countries. In India, VFS Global has identified and approved specific Indian travel insurance plans that satisfy Schengen visa requirements. Indian travellers might find it difficult to choose an appropriate plan from the given list as there are many policies offering specific benefits and unique coverage.

While in Austria the traveler might come across a medical emergency. Therefore an important requisite of the Schenen visa is that an Indian traveler should have a valid travel medical insurance as the health care facility in Austria is very expensive.

Traveling in Europe has been simplified with the introduction of the Schengen visa. If you are a non US citizen and intend to transit through or visit the Schengen countries, you have to obtain your Schengen visa from the Consulate of the country of your main destination.

However, the proof of health insurance cover for your stay in the Schengen area has to be presented to the consulate prior to issuance of visa.

Austria with its picturesque locales is fast becoming one of the preferred locations in Europe that Indian travellers are going to. Currently almost 70,000 Indians visit Austria every year, and this growing at around 20% year on year.

Austria is a country in Central Europe comprising 9 federated states. Austria has an area of around 84,000 sq km, a population of nearly 9 million people with a nominal GDP of $477 billion. It is bordered by the Czech Republic and Germany to the north, Hungary and Slovakia to the east, Slovenia and Italy to the south, and Switzerland and Liechtenstein to the west. Its capital, largest city and one of nine states is Vienna.

The majority of the population speaks local Bavarian dialects as their native language, and German in its standard form is the country's official language. Other regional languages are Hungarian, Burgenland Croatian, and Slovene.
Visa Requirements / Currency (please note these procedures / exchange rates can changed from time to time…please get an update from the embassy prior to travel)

As India is not part of the Schengen Area, if one is an Indian passport holder you will need to apply for the appropriate type of Schengen Austria Visa for travelling to the country. To be eligible for a Schengen Visa for Austria one will mainly need their current passport, along with certain documents, to be submitted with the Visa application form.

Things You Must Do in Austria

Austrian cuisine is a style of cuisine native to Austria and composed of influences from throughout the former Austro-Hungarian Empire. Regional influences from Italy, Hungary, Bohemia, Germany and the Balkans have had an effect on Austrian cooking.

Since Austria is a country which is part of the Schengen countries in Europe, the traveller needs to purchase the appropriate travel health insurance in India while applying for Austrian Visa.

Overseas Travel insurance India for Austria is relatively cheaper when compared to destinations in Americas, and most insurance companies offer a specific Schengen Insurance Plan. One must ensure that the minimum Accident & Sickness (A&S) sum insured for a Schengen plan must be €30,000 (around $50,000), and a visa to visit any Schengen country will not be provided without this minimum coverage.

Illustration for 15 days travel health insurance to Austria.
These premiums are across different plans and different benefits.. please log in to www.eindiainsurance.com to compare and buy the best India travel medical insurance for travelling to Austria..

The charming Austian capital city Vienna is renowned for its cultural events, musical concerts, imperial sights, theatre, coffee houses and wine taverns. It is no wonder that the city received over 7 million international visitors in 2017.

Innsbruck in Western Austria is another charming town and of late is known for the Salman Khan starrer ‘Tiger Zinda Hai’. Indians are among Innsbruck’s top visitors. Innsbruck is also known for its Imperial and modern architecture.

The Hallstätter See is an amazing mountain lake in Austria's Salzkammergut region. It is at the northern foot of the mighty Dachstein mountain range. Among its many popular activities are canoeing, fishing, diving as well as boating.

Salzburg which is at the heart of the Austrian Alps is known for being the birthplace of legendary composer Amadeus Mozart. Nearby is Kaprun, a small town south-west of Salzburg which is becoming popular among affluent Indians for ski holidays.