Compare India travel insurance quotes for Sweden
The Kingdom of Sweden is located in Northern Europe, bordering the Baltic Sea. The country has a population of 8.5 million, and the capital city is Stockholm.
Read more » 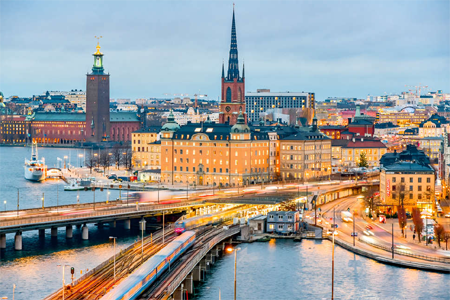 Indian International Travellers over the years, have always found Europe to be an ideal destination for their summer holidays and Sweden has also had a small share in the Europe bound traffic. Around 22,300 Indians visited Sweden in 2018, which is a marginal growth over the previous year. While these are not large numbers for Sweden as a country, the number of Indian visitors is bound to grow substantially in the years ahead.

Sweden is a Scandinavian Nordic country in Northern Europe. It borders Norway to the west and north and Finland to the east, and is connected to Denmark in the southwest by a bridge-tunnel across the Öresund, a strait at the Swedish-Danish border. At 4.50 lac sq kms in area, Sweden is the largest country in Northern Europe and the fifth largest country in Europe and has Stockholm as its capital. Sweden has a total population of 10.2 million of which 2.5 million have a foreign background. It has a low population density of 22 inhabitants per square kilometre.

Swedish is the official language of Sweden and is spoken by the vast majority of the 10 million inhabitants of the country. Five national minority languages are also recognized by Swedish law: Finnish, Yiddish, Meänkieli, Romani and Sami.
Visa Requirements / Currency (please note these procedures / exchange rates can changed from time to time…please get an update from the embassy prior to travel)

As India is not part of the Schengen Area, if one is an Indian passport holder you will need to apply for the appropriate type of Schengen Swedish Visa for travelling to the country. To be eligible for a Schengen Visa for Sweden one will mainly need their current passport, along with certain documents, to be submitted with the Visa application form.

Things You Must Do in Sweden

Due to Sweden's large North–South expanse, there are regional differences between the cuisine of North and South Sweden. Historically, in the far North, meats such as reindeer, and other game dishes were eaten, some of which have their roots in the Sami culture, while fresh vegetables have played a larger role in the South. Many traditional dishes employ simple, contrasting flavours, such as the traditional dish of meatballs and brown cream sauce with tart, pungent lingonberry jam.

Since Sweden is a country which is part of the Schengen countries in Europe, the traveller needs to purchase good and adequate India travel medical insurance for Sweden satisfying the Schengen visa requirements.

Travel health insurance India for Sweden is relatively cheaper when compared to destinations in Americas, and most insurance companies offer a specific Schengen Insurance Plan. One must ensure that the minimum Accident & Sickness (A&S) sum insured for a Schengen plan must be €30,000 (around $50,000), and a visa to visit any Schengen country will not be provided without this minimum coverage.

Illustration for 15 days Indian traveller medical insurance to Sweden.
These premiums are across different plans and different benefits.. please log in to www.eindiainsurance.com to compare and buy the best Schengen visa travel for Indians visiting Sweden. 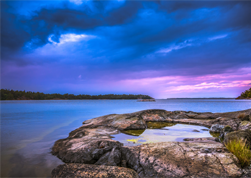 The archipelago is known for excellent sailing, incredible scenery and for being a retreat for many writers and artists in Scandinavia. 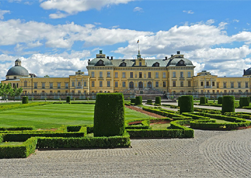 It is located in Drottningholm. Built on the island Lovon, it is one of Sweden's Royal Palaces. It was originally built in the late 16th century. 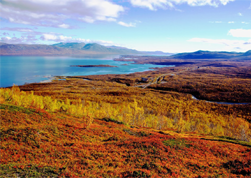 It is one of the northernmost parks in the country, and it is home to the Abisko Scientific Research Station. 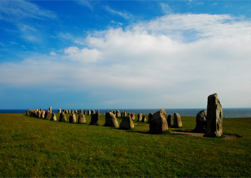 Ales Stenar is a megalithic monument in Scania in southern Sweden. It is a stone ship, oval in outline, with the stones at each end markedly larger than the rest.