Compare India travel insurance quotes for Japan
Japan is an island country in East Asia. Located in the Pacific Ocean, it lies off the eastern coast of the Asian continent and stretches from the Sea of Okhotsk in the north to the East China Sea and the Philippine Sea in the south.
Read more »

Japan currently is not yet one of the sought after destinations for the Indian traveller but if the past few years are anything to grown by we could soon have Japan breaking into the top 20 destinations for Indian travellers. While the Indian tourists to Japan have been growing at a brisk 29% (CAPA Amadeus Report), currently only around 1 lacs Indians are expected to travel to Japan in 2019-20.

The kanji that make up Japan's name mean "sun origin", and it is often called the "Land of the Rising Sun". Japan consists of about 6,852 islands. The four largest are Honshu, Hokkaido, Kyushu, and Shikoku. Spread across land area of 3.78 lac sq kms, it is home to 127 million Japanese citizens with Tokyo as it's capital.

Japanese is the official language of Israel and spoken by almost the entire population.
Visa Requirements / Currency (please note these procedures / exchange rates can changed from time to time…please get an update from the embassy prior to travel)

People of some countries (or from some regions) do not need a visa if their period of stay in Japan is 90 days or less and they are not going to be engaged in income-earning activities. Refer to the List of Countries and Regions That Have Visa Exemption Arrangements with Japan on the Japanese Visa website.

Things You Must Do in Japan

The traditional cuisine of Japan is based on rice with miso soup and other dishes; there is an emphasis on seasonal ingredients. Side dishes often consist of fish, pickled vegetables, and vegetables cooked in broth. Seafood is common, often grilled, but also served raw as sashimi or in sushi.

The Japanese food dishes that every traveller (depending on your food habits off course !!!) must try include:
Overseas Travel Medical Insurance Japan

Travelling can lead to a series of unpredictable medical and travel related emergencies. The cost of medical treatment in Japan can be very expensive and without adequate visitors medical insurance, it can be difficult to pay the bills. Travel health insurance for Japan is much cheaper when compared to more developed destinations in Americas and Europe. International travel Insurance for Japan should be purchased for “Excluding Americas”.

Illustration for 15 days health insurance for visitors to Japan. * Given the increasing cost of healthcare in Japan, it is recommended that the insured avails of a travel insurance plan with an Accident & Sickness sum insured of $250,000 atleast but preferably $500,000.

These premiums are across different plans and different benefits.. please log in to www.eindiainsurance.com to compare and buy the most appropriate overseas medical insurance for your travel to Japan..

Tokyo, Japan’s busy capital, mixes the ultramodern and the traditional, from neon-lit skyscrapers to historic temples. The opulent Meiji Shinto Shrine is known for its towering gate and surrounding woods.

Kinkaku-ji or the Temple of the Golden Pavilion is the most popular tourist attraction in Japan and Kyoto. The pavilion was originally built as a retirement villa for Shogun Ashikaga Yoshimitsu in the late 14th century.

Mount Fuji is the highest mountain in Japan at 3,776 meters (12,388 ft). The volcano’s exceptionally symmetrical cone is a well-known symbol of Japan and it is frequently depicted in art and photographs.

Himeji Castle is a hilltop Japanese castle complex situated in the city of Himeji which is located in the Hyōgo Prefecture of Japan.The white exterior and design give the castle the appearance of a bird taking flight. 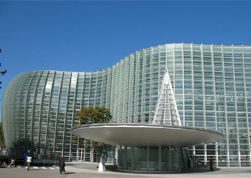