Compare India travel insurance quotes for Liechtenstein
Liechtenstein, is a doubly landlocked German-speaking microstate in Alpine Central Europe. The principality is a constitutional monarchy headed by the Prince of Liechtenstein.
Read more » 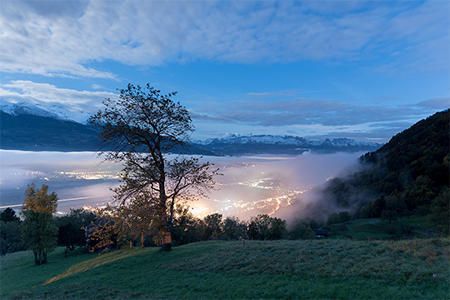 Liechtenstein still does not have any major Indian international travellers visiting the country yet. Currently around 200-300 Indians may be visiting them each year.

Liechtenstein,is bordered by Switzerland to the west and south and Austria to the east and north. It is Europe's fourth-smallest country, with an area of just over 160 square kilometres and a population of around 40,000 only. Vaduz is the capital city of Liechtenstein.

German is the sole official language in Liechtenstein. In day-to-day affairs, Middle Alemannic and High Alemannic dialects are used.
Visa Requirements / Currency (please note these procedures / exchange rates can changed from time to time…please get an update from the embassy prior to travel)

As India is not part of the Schengen Area, if one is an Indian passport holder you will need to apply for the appropriate type of Schengen Liechtenstein Visa for travelling to the country. To be eligible for a Schengen Visa for Liechtenstein one will mainly need their current passport, along with certain documents, to be submitted with the Visa application form.

Things You Must Do in Liechtenstein

Liechtensteiner cuisine is diverse and has been influenced by the cuisine of nearby countries, particularly Switzerland and Austria, and is also influenced by Central European cuisine. Cheeses and soups are integral parts of Liechtensteiner cuisine. Milk products are also commonplace in the country's cuisine, due to an expansive dairy industry. Common vegetables include greens, potatoes and cabbage apart from all types meats. The consumption of three meals a day is commonplace, and meals are often formal.

Since Liechtenstein is a country which is part of the Schengen countries in Europe, an Indian traveller has to purchase adequate travel medical insurance for travel to Liechtenstein.

Travel insurance for Indians to Liechtenstein is relatively cheaper when compared to destinations in Americas, and most insurance companies offer a specific Schengen Insurance Plan. One must ensure that the minimum Accident & Sickness (A&S) sum insured for a Schengen plan must be €30,000 (around $50,000), and a visa to visit any Schengen country will not be provided without this minimum coverage.

The insured must purchase an “Excluding Americas” Plan, if they are travelling to other destinations that don’t include only Schengen countries. Illustration for 15 days travel medical insurance for visiting Liechtenstein.
These premiums are across different plans and different benefits.. please log in to www.eindiainsurance.com to compare and buy the best India travel Insurance satisfying Schengen visa requirments for Liechtenstein.

Gutenberg Castle is a preserved castle in the town of Balzers, Liechtenstein, the centre of the municipality of Balzers. Gutenberg is one of the five castles of the principality and one of two that have survived preserved until the present day.

Nendeln is a small, wonderful village in Liechtenstein. It cascades down the Ratikon ranges. You can find it in the municipality of the Eschen. Don’t miss watching the ancient foundations of the Roman villa here.

Steg is a fabulous town located high on the Alps’ plateaus amidst the thick forests of Norway spruce and silver fir and the tall cloud-reaching summits. You can find here lots of beautiful, eye-catching timber chalets.

Triesenberg is located in the exquisite alpine valley in the vicinity of Vaduz, and it’s the biggest municipality in the country. In the center of this region, you can find lush green, beautiful meadows and lovely pastures of grass.