Compare India travel insurance quotes for Vietnam
Vietnam is the Easternmost country on the Indochina Peninsula. With an estimated 94.6 million inhabitants (as of 2018), it is the 15th most populous country in the world.
Read more »

Vietnam is slowly growing in terms of a country that Indians have on their travel bucket list. While currently less than 15,000 Indians have travelled there, this is likely to grow in the coming year.

Vietnam is the Easternmost country on the Indochina Peninsula. With an estimated 94.6 million inhabitants (as of 2018), it is the 15th most populous country in the world. Vietnam is bordered by China to the north, Laos and Cambodia to the west, part of Thailand to the southwest, and the Philippines, Malaysia, and Indonesia across the South China Sea to the east and southeast. Its capital city has been Hanoi since the reunification of North and South Vietnam in 1976, while its most populous city is Ho Chi Minh City.

Vietnamese is the official language in Vietnam.
Visa Requirements / Currency (please note these procedures / exchange rates can changed from time to time…please get an update from the embassy prior to travel)

Visa Requirements / Currency (please note these procedures/ exchange rates can changed from time to time…please get an update from the embassy prior to travel) Indian citizens (Passport Holders) are required to apply for valid visas to enter Vietnam for tourism and business purposes and meet the entry requirements.

Things You Must Do in Vietnam

Travel health insurance India for visiting Vietnam is much cheaper when compared to more developed destinations in Americas and Europe. Indian Overseas travel Insurance for Vietnam should be purchased for “Excluding Americas” or “Asia” Plan

Illustration for 15 days India travel medical insurance to Vietnam.
These premiums are across different plans and different benefits.. please log in to www.eindiainsurance.com to compare and buy the Best Indian travel insurance for travel to Vietnam.

Rice terraces can be found in the Muong Hoa valley between Sa Pa town and the Fansipan Mountain, on a backdrop of thick bamboo woodlands.

Ha Long Bay, in northeast Vietnam, is known for its emerald waters and thousands of towering limestone islands topped by rainforests.

Mui Ne is a beach resort town With a long, palm-lined stretch of sand, it has steady wind conditions that make it a top destination for windsurfing, kitesurfing, sailing and other water sports.

Known to many travelers as Crazy House, Hang Nga’s Guesthouse is a very unusual piece of architecture that also serves as accommodation in Da Lat. 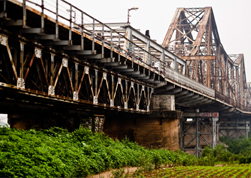 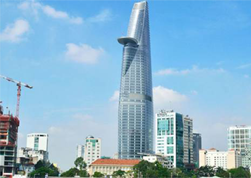