Compare India travel insurance quotes for Iceland
Iceland, the second largest island in Europe, lies close to the Arctic Circle. The capital of Iceland is Reykjavik, a technologically advanced city that boasts a number of high class hotels.
Read more » 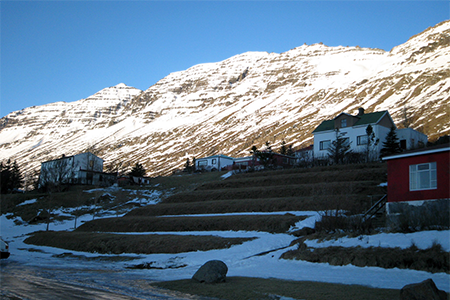 There are many Indian insurance providers who have travel insurance that satisfy Schengen visa consulate requirements. Deciding on a specific company or policy can be cumbersome given the many choices. There are several policies, different medical maximum coverages, different deductible options and limitations. Selecting the policy that best satisfies your needs isnt always simple.

At EIndiaInsurance.com we have developed an user friendly 'Compare Indian travel insurance quotes'utility that simplifies the process by comparing insurance policy with price quotes as well as the benefit options. At one spot, the customer can compare several policies of different providers and purchase the policy online. You can purchase using your credit/debit card, and the policy will be emailed to you. A print out of this policy document will satisfy the consulate requirements along with the visa application.

Travel to Iceland and the rest of Europe has been made convenient thanks to the Schengen Visa. The common Schengen visa allows you to travel to 26 Schengen countries. However Schengen visa countries insist that visitors have adequate health insurance coverage. Schengen Visa insurance requirements are specified by the consulates.

Currently not one of the preferred International destinations for the Indian traveller, Iceland received about 2,000 Indians in the past year.

Iceland is a Nordic island country in the North Atlantic, with a population of around 4 lacs and a land area of around 1 lac sq kms making it the most sparsely populated country in Europe. The capital and largest city is Reykjavík. Iceland is volcanically and geologically active. Its high latitude and marine influence keep summers chilly, with most of the archipelago having a tundra climate.

Icelandic is the official language of Iceland. It is an Indo-European language, belonging to the sub-group of North Germanic languages.
Visa Requirements / Currency (please note these procedures / exchange rates can changed from time to time…please get an update from the embassy prior to travel)

As India is not part of the Schengen Area, if one is an Indian passport holder you will need to apply for the appropriate type of Schengen Iceland Visa for travelling to the country. To be eligible for a Schengen Visa for Iceland one will mainly need their current passport, along with certain documents, to be submitted with the Visa application form.

Things You Must Do in Austria

Icelandic cuisine, includes lamb, dairy, and fish, the latter due to Iceland being surrounded by ocean. Popular foods in Iceland include skyr, hangikjöt, kleinur, laufabrauð, and bollur. The flavors of this traditional country food originates in its preservation methods; pickling in fermented whey or brine, drying, and smoking.

Some of the Icelandic dishes one must try include:
Overseas Travel Medical Insurance Austria

Since Iceland is a country which is part of the Schengen countries in Europe, It is mandatory for Indian traveller to purchase a travel medical insurance while applying for Schengen visa for Iceland.

Travel insurance for Indian tourists visiting Iceland is relatively cheaper when compared to destinations in Americas, and most insurance companies offer a specific Schengen Insurance Plan. One must ensure that the minimum Accident & Sickness (A&S) sum insured for a Schengen plan must be €30,000 (around $50,000), and a visa to visit any Schengen country will not be provided without this minimum coverage.

Whale lovers will be in heaven in Husavik. This town, which sits on Skjalfandi Bay, is considered to be one of the best places in the world to see whales.

The Blue Lagoon Iceland is the best known spa in Iceland and also one of the most enchanting. Due to the enormous popularity of the lagoon it is essential.

Skógafoss is one of Iceland’s biggest and most beautiful waterfalls with an astounding width of 25 meters (82 feet) and a drop of 60 meters (197 feet).

Gullfoss is a waterfall located in the canyon of the Hvítá river in southwest Iceland.The wide Hvítá river flows southward, and about a kilometre above .