Compare India travel insurance quotes for Estonia
Republic of Estonia is one of the newly formed Schengen countries with an area of around 45,000 square kilometers. It is bordered by the Baltic Sea, Latvia, and Russia. The population of the country is around one million.
Read more » 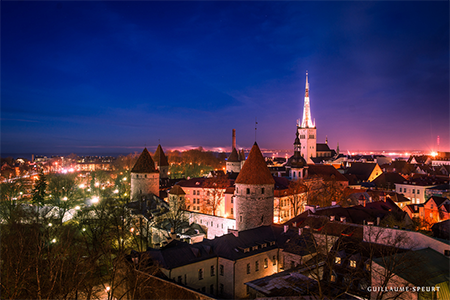 Understanding available Insurance options to travel to Europe can be complicated. There are many plans, various coverages, options and restrictions. Deciding on a policy that best suits your needs is not always easy.

We have created an comprehensive, easy to use 'Compare Indian travel insurance quotes' that simplifies the process of identifying, and buying an appropriate policy.

Our 'quote-compare engine' helps you select, compare and purchase a policy that best meets your specific needs.

Estonia is not currently on the bucket travel list of many Indians with less than between 5,000-8,000 annual visitors ever year to this European country.

Estonia is a country in Northern Europe. It is bordered to the north by the Gulf of Finland with Finland on the other side, to the west by the Baltic Sea with Sweden on the other side, to the south by Latvia, and to the east by Lake Peipus and Russia. The territory of Estonia consists of a mainland and 2,222 islands in the Baltic Sea, covering a total area of 45,227 sq km, inclusive of water 2,839 sq km and is influenced by a humid continental climate. Tallinn is the capital and largest city of Estonia which has a population of around 4.6 lac persons.

The official language of the country, Estonian, is the second most spoken Finnic language.
Visa Requirements / Currency (please note these procedures / exchange rates can changed from time to time…please get an update from the embassy prior to travel)

As India is not part of the Schengen Area, if one is an Indian passport holder you will need to apply for the appropriate type of Schengen Estonian Visa for travelling to the country. To be eligible for a Schengen Visa for Estonia, one will mainly need their current passport, along with certain documents, to be submitted with the Visa application form.

Things You Must Do in Estonia

Traditional Estonian cuisine has substantially been based on meat and potatoes, and on fish in coastal and lakeside areas, but now bares influence from many other cuisines like Scandinavian, German, Russian, Latvian, Lithuanian. The most typical foods in Estonia have been rye bread, meat, potatoes and dairy products.

Since Estonia is a country which is part of the Schengen countries in Europe, an Indian tourist needs to purchase a travel medical insurance for Estonia.

Travel insurance is relatively cheaper when compared to destinations in Americas, and most insurance companies offer a specific Schengen Insurance Plan. One must ensure that the minimum Accident & Sickness (A&S) sum insured for a Schengen plan must be €30,000 (around $50,000), and a visa to visit any Schengen country will not be provided without this minimum coverage.

Illustration for 15 days Indian overseas mediclaim insurance for Estonia.
You can also choose "Excluding Plans" with Sum Insureds as high as $500,000 as well. These premiums are across different plans and different benefits.. please log in to www.eindiainsurance.com to compare and buy the most appropriate travel insurance for Indians to Estonia.

The mighty rises of Toompea Hill are what define Estonia’s magnificent capital; soaring in a curious medley of Orthodox onion domes and medieval bulwarks right in the heart of the town.

Pärnu is a resort city in southwestern Estonia, overlooking Pärnu Bay. The city is bisected by the Pärnu River, which has paths on both banks, both of which end in stone jetties in the bay.

Otepää is a town in Valga County, southern Estonia, it is the administrative centre of Otepää Parish. Otepää is a popular skiing resort, popularly known as the "winter capital" of Estonia.

Narva is the third largest city in Estonia. It is located at the eastern extreme point of Estonia, at the Russian border, on the Narva River which drains Lake Peipus.