Compare India travel insurance quotes for Finnish
Finland, a Nordic country located in Northern Europe sharing its borders with Sweden, Norway, Estonia and Russia. Finland has thousands of lakes and islands and it is commonly known as the Land of Lakes.
Read more » 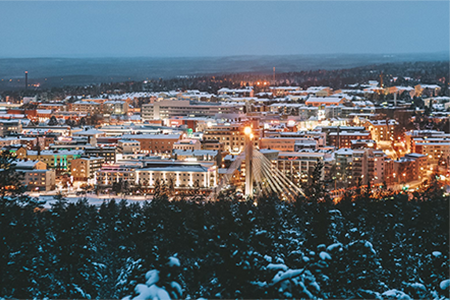 The Indian Insurance Companies provide a wide range of Europe Travel Insurance plans which satisfy the consulate requirements for the Schengen visa. Many of these plans have different benefit options, deductibles and exclusions. Selecting a plan that suits your needs is not always easy.

You can use our custom friendly 'Compare Indian travel insurance quotes' tool to compare the different plans’ benefits options, deductibles and exclusions. You can make a prudent choice in selecting the best plan satisfying all your specific requirements.

The Schengen Visa allows an Indian citizen to visit Finland and the 25 other countries. However Schengen country consulates have made it mandatory for a traveler visiting Finland to have a valid medical insurance coverage. With the help of Finnish Travel Visa Insurance, a traveler can have a tension free trip while in Finland.

Despite Finland being a very cold country from an Indian traveller’s perspective, they have managed to attract almost 85,000 tourists last year and this is steadily growing and will cross 1 lac Indian travellers in the next couple of years.

Finland is a country in Northern Europe bordering the Baltic Sea, Gulf of Bothnia, and Gulf of Finland, between Norway to the north, Sweden to the northwest, and Russia to the east. Finland is a Nordic country and is situated in the geographical region of Fennoscandia. The entire country covers an area of 3.38 lac sq km and has a population of around 5.6 million. The capital and largest city is Helsinki. Other major cities are Espoo, Vantaa, Tampere, Oulu and Turku.

Finnish is a Finnic language spoken by the majority of the population in Finland and by ethnic Finns outside Finland. Finnish is one of the two official languages of Finland, the other being Swedish.
Visa Requirements / Currency (please note these procedures / exchange rates can changed from time to time…please get an update from the embassy prior to travel)

As India is not part of the Schengen Area, if one is an Indian passport holder you will need to apply for the appropriate type of Schengen Finnish Visa for travelling to the country. To be eligible for a Schengen Visa for Finland one will mainly need their current passport, along with certain documents, to be submitted with the Visa application form.

Things You Must Do in Finnish

Finnish cuisine is notable for generally combining traditional country fare and haute cuisine with contemporary continental style cooking. Fish and meat play a prominent role in traditional Finnish dishes in some parts of the country, while the dishes elsewhere have traditionally included various vegetables and mushrooms. Finnish foods often use wholemeal products and berries. Milk and its derivatives like buttermilk are common.

Since Finland is a country which is part of the Schengen countries in Europe, it is mandatory for Indian tourist to purchase travel medical insurance for applying for Finnish visa.

India Travel insurance for Finland is relatively cheaper when compared to destinations in Americas, and most insurance companies offer a specific Schengen Insurance Plan. One must ensure that the minimum Accident & Sickness (A&S) sum insured for a Schengen plan must be €30,000 (around $50,000), and a visa to visit any Schengen country will not be provided without this minimum coverage.

Illustration for 15 days international travel health insurance to Finland.
You can also choose “Excluding Plans” with Sum Insureds as high as $500,000 as well. These premiums are across different plans and different benefits.. please log in to www.eindiainsurance.com to compare and buy the best overseas mediclaim for Indians travelling to the Finland.

Helsinki, Finland’s southern capital, sits on a peninsula in the Gulf of Finland. Its central avenue, Mannerheimintie, is flanked by institutions including the National Museum, tracing Finnish history from the Stone Age to the present.

Rovaniemi is the capital of Lapland, in northern Finland. Almost totally destroyed during World War II, today it’s a modern city known for being the "official" home town of Santa Claus, and for viewing the Northern Lights.

The Åland Islands, or Åland, is an autonomous region of Finland. Comprising around 6,700 islands, this Swedish-speaking archipelago is in the Baltic Sea.There's a score of things to do in this autonomous archipelago community.

Visitors come to Levi for its incredible skiing. The world-class slopes are nearly empty most of the year, lines for the chair lifts are non-existent, and the area generates regular snowfall. Facilities in Levi are modern and clean.