Compare India travel insurance quotes for Latvia
Latvia is a country in the Baltic region of Northern Europe. Since its independence, Latvia has been referred to as one of the Baltic states.
Read more » 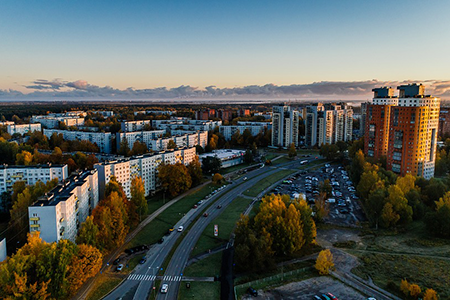 According to the Schengen data of Indian visitors, there were around 1,000 visas granted to Indians for visiting Latvia last year. This is set to increase in the coming years as more travellers get to know about this small European nation.

Latvia is bordered by Estonia to the north, Lithuania to the south, Russia to the east, and Belarus to the southeast, and shares a maritime border with Sweden to the west. Latvia has 1,957,200 inhabitants and a land area of 64,589 sq km. The country has a temperate seasonal climate.

Riga is the largest city and the capital city of Latvia where almost one third of the country’s population resides.
Visa Requirements / Currency (please note these procedures / exchange rates can changed from time to time…please get an update from the embassy prior to travel)

As India is not part of the Schengen Area, if one is an Indian passport holder you will need to apply for the appropriate type of Schengen Latvian Visa for travelling to the country. To be eligible for a Schengen Visa for Latvia one will mainly need their current passport, along with certain documents, to be submitted with the Visa application form.

Things You Must Do in Latvia

Latvian cuisine typically consists of agricultural products, with meat featuring in most main meal dishes. Fish is commonly consumed due to Latvia's location on the east coast of the Baltic Sea. Common ingredients in Latvian recipes are found locally, such as potatoes, wheat, barley, cabbage, onions, eggs and pork. The Latvian cuisine is markedly seasonal – due to pronounced four seasons in the climate of Latvia, each time of the year has its own distinctive products, tastes and flavours. Latvian food is generally quite fatty, and uses few spices.

Some of the Latvian dishes one must taste include:
Overseas Travel Medical Insurance Latvia

Since Latvia is a country which is part of the Schengen countries in Europe, It is mandatory for Indians applying for Latvian visa to purchase Travel medical insurance satisfying the Schengen visa consular needs.

Schengen visa health insurance India for Latvia is relatively cheaper when compared to destinations in Americas, and most insurance companies offer a specific Schengen Insurance Plan. One must ensure that the minimum Accident & Sickness (A&S) sum insured for a Schengen plan must be €30,000 (around $50,000), and a visa to visit any Schengen country will not be provided without this minimum coverage.

Illustration for 15 days travel health insurance for Indians visiting Latvia.
These premiums are across different plans and different benefits.. please log in to www.eindiainsurance.com to compare and buy the best India travel medical insurance for travelling to Austria..

Riga, Latvia’s capital, is set on the Baltic Sea at the mouth of the River Daugava. It's considered a cultural center and is home to many museums and concert halls.The city is also known for its wooden buildings, art nouveau architecture and medieval Old Town.

Sigulda is nicknamed the Switzerland of Latvia thanks to its beautiful scenery, but it also offers some amazing architecture worth exploring. Krimulda Manor, built in the 19th century, is surrounded by gorgeous grounds and gardens, and it is open to the public.

Latvia has its fair share of palaces, and Rundale Palace is certainly one of the most beautiful. The Baroque building was constructed during the 18th century for the Dukes of Courland. Sculptors and painters from Germany and Italy were brought in to work on the palace.

Cēsis is a town in northeastern Latvia, known for its medieval castle. First built in the 13th century and rebuilt many times since, Cēsis Castle features wall paintings, dungeons and towers with views.House is home to the Cēsis History and Art Museum.