Compare India travel insurance quotes for Germany
Germany, officially Bundesrepublik Deutschland (Federal Republic of Germany) is Europe's largest economy and its most populous nation with a population of 82 million. The capital is again the historic city of Berlin.
Read more » 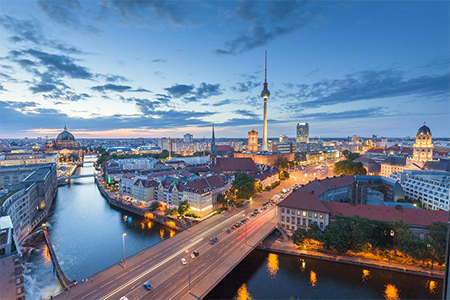 There are many Indian insurance providers who offer travel medical insurance that satisfy Schengen visa consulate requirements.  Deciding on a specific policy can be difficult given the several choices. There are different companies with different medical coverage options, different deductibles and different sub-limits. Given these differing options choosing a specific policy is not always simple.

At EIndiaInsurance.com we have an user friendly comparison tool 'Compare Indian travel insurance quotes' that simplifies the process by comparing quotes as well as benefit options. At one online location you can objectively review policies of different companies, and purchase the policy that you like best. You can purchase using your credit card, and the policy will be emailed to you. A print out of this policy document should be provided to the consulate along with the visa application.

Travel to Germany and Europe has been simplified thanks to the common Schengen Visa following the Maastrict treaty which allows travel to 26 schengen states.  However to be issued a Schengen visa, the different schengen states require travelers to have adequate health insurance coverage. Schengen Visa insurance requirements are specified by the consulates.

Germany is a reasonably popular country to be visiting for Indian tourists with almost 2.50 lacs Indians visiting them last year. This number is growing steadily over the years.

Germany is a country in Central and Western Europe, lying between the Baltic and North Seas to the north, and the Alps, Lake Constance and the High Rhine to the south. It borders Denmark to the north, Poland and the Czech Republic to the east, Austria and Switzerland to the south, France to the southwest, and Luxembourg, Belgium and the Netherlands to the west. It covers an area of 3.57 lac sq kms and is home to a population of around 83 million. Berlin is the capital and largest city of Germany by both area and population.

German is the official language of Germany and the second most widely spoken Germanic language, after English.
Visa Requirements / Currency (please note these procedures / exchange rates can changed from time to time…please get an update from the embassy prior to travel)

As India is not part of the Schengen Area, if one is an Indian passport holder you will need to apply for the appropriate type of Schengen German Visa for travelling to the country. To be eligible for a Schengen Visa for German one will mainly need their current passport, along with certain documents, to be submitted with the Visa application form.

Things You Must Do in Germany

The cuisine of Germany has evolved as a national cuisine through centuries of social and political change with variations from region to region. Some regions of Germany, like Bavaria and neighbouring Swabia, share dishes with Austrian and parts of Swiss cuisine.

Since Germany is a country which is part of the Schengen countries in Europe, the traveller needs to purchase adequate Schengen visa insurance India for Germany.

German visa insurance for Indian travelers is relatively cheaper when compared to destinations in Americas, and most insurance companies offer a specific Schengen Insurance Plan. One must ensure that the minimum Accident & Sickness (A&S) sum insured for a Schengen plan must be €30,000 (around $50,000), and a visa to visit any Schengen country will not be provided without this minimum coverage.

Illustration for 15 days travel medical insurance for Indian tourist to Germany.
These premiums are across different plans and different benefits.. please log in to www.eindiainsurance.com to compare and buy the best India travel insurance for German visa.

Neuschwanstein Castle is a 19th-century Romanesque Revival palace on a rugged hill above the village of Hohenschwangau near Füssen in southwest Bavaria, Germany. The palace was commissioned by Ludwig II of Bavaria as a retreat and in honour of Richard Wagner.

The Brandenburg Gate is an 18th-century neoclassical monument in Berlin, built on the orders of Prussian king Frederick William II after the successful restoration of order during the early Batavian Revolution.

Cologne Cathedral is a Catholic cathedral in Cologne, North Rhine-Westphalia, Germany. It is the seat of the Archbishop of Cologne and of the administration of the Archdiocese of Cologne.

Linderhof Palace is a Schloss in Germany, in southwest Bavaria near Ettal Abbey. It is the smallest of the three palaces built by King Ludwig II of Bavaria and the only one which he lived to see completed.